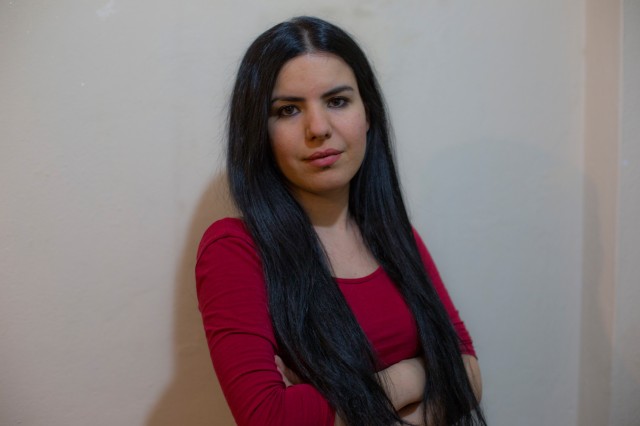 Kurdish-Turkish painter, photographer, and journalist Zehra Dogan has been award the 2019 Index on Censorship Freedom of Expression Arts Award.

Dogan is a preternaturally tireless creator and activist. In 2016, she was imprisoned for her artwork depicting Turkish military operations in the Kurdish majority Turkish city of Nusaybin. In March 2017, she was sentenced to nearly three years in prison for creating “propaganda” for a terrorist organization. Essentially, her painting was deemed to be supportive of the Kurdish guerilla organization, the PKK, even though the court could not prove Dogan had any connection to the group.

While in prison, Dogan continued to create art with found materials and homemade paint. Despite the fact that guards would seize and destroy the paintings they found, some were smuggled out by friends and colleagues. Dogan continued her journalism behind bars as well, reporting on her fellow prisoners, their hardships, and the conditions in the prison. Some of Dogan’s prison-produced artwork will be exhibited starting next week in Izmir alongside the works of 19 other imprisoned artists and cartoonists.

In her acceptance speech for the Index on Censorship award, Dogan was defiant.

As an artist, imagine yourself in a city destroyed by war. Can you think about anything other than portraying the destruction you see around you?…

Turkey’s prisons are filled with artists, intellectuals and politicians, because we reject these limits forced upon our freedom of expression and we will continue to reject them.

Dogan dedicated her award to her fellow imprisoned artists.

Although they are trying to restrict our freedom of expression in the prisons through the books they refuse to give us and the letters they find “suspect”, there are countless inmates who have overcome this situation through their own productivity. I dedicate this prize to them.