On the Arrest of Tahir Elci: Ideas are not “Terror” [Updated 21 October] 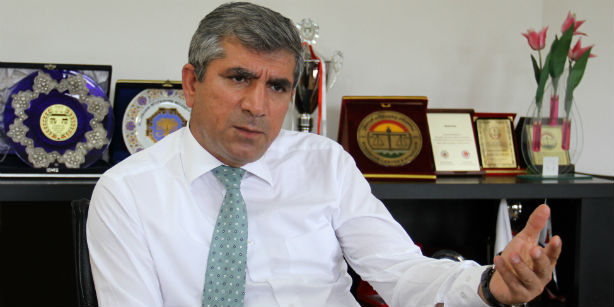 According to multiple news sources, an arrest warrant has been issued for Diyarbakır Bar Association head Tahir Elçi over a statement he made last week, saying “the PKK is not a terror organization.”  On Twitter, Emma Sinclair-Webb, Senior Turkey Researcher for Human Rights Watch described the arrest as “another nail in [the coffin of] Turkey’s human rights record.”

Earlier today, Amnesty International’s Turkey Researcher, Andrew Gardner had  stated that, with no incitement to violence, the case did not meet international standards and the investigation of should be dropped.

Head of Diyarbakır bar Tahir Elçi said “PKK is not a terror organization”. Does not incite violence, terror investigation should be dropped.

Update: On October 21, Amnesty International issued an updated statement on the case.  The document reads:

Amnesty International calls on the Turkish authorities to end judicial harassment of the Head of the Diyarbakır Bar Association, Tahir Elçi, a pre-eminent lawyer and human rights defender.

In a further abuse of law, a warrant for Tahir Elçi’s arrest was issued on the absurd grounds that his whereabouts were unknown. He was detained yesterday in Diyarbakır, flown to Istanbul and brought for questioning before the prosecutor. The prosecutor’s request that Tahir Elçi be remanded in pre-trial detention pending the completion of the investigation was rejected by an Istanbul court and he was released, subject to a judicial control order and a ban on leaving the country.

Amnesty International views the case as an overtly political attack on Tahir Elçi’s right to freedom of expression, targeting him not only for his televised statements but for his work as a lawyer and human rights defender.

Tahir Elçi has for decades defended the principles of law and human rights, in his native Cizre, and later Diyarbakır in the southeast of Turkey, taking cases to the national courts and the European Court of Human Rights, and working with national and international human rights organisations. He is in his second term as Head of the Diyarbakýr Bar Association, in which capacity he has headed missions documenting human rights violations in the predominately Kurdish southeast of Turkey.

The judicial harassment of Tahir Elçi is a particularly outrageous example of the use of anti-terror laws to punish dissenting peaceful opinions regarding the PKK that conflict with the position of the government. A spate of investigations have been launched following the outbreak of violence between the PKK and the state security forces in July 2015. This case, and other similar cases brought under the provision for “making propaganda for a terrorist organisation”, make a mockery of revisions to the law enacted in the “Fourth judicial package” in 2013 that amend the definition of the crime to require an advocacy of violent methods.

Amnesty International calls on the Turkish authorities to immediately drop the criminal investigation into Tahir Elçi and to ensure that any prosecutions under the article are only brought in instances that amount to incitement of violence, in line with international human rights law.