Ahead of May Day protests in Turkey, Amnesty warns against suppression of free expression

In advance of May Day, Amnesty International has issued a public statement on the suppression of free expression and free assembly in Turkey, calling on Turkish authorities to respect the rights of protestors. 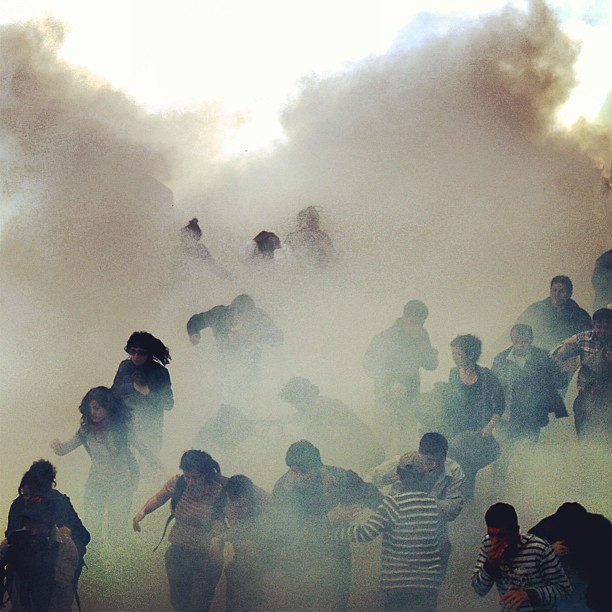 The statement notes that despite the fact that protests there were peaceful in 2010 – 2012, since 2013 the right to peacefully demonstrate in Taksim Square has been suppressed:

Authorities in Istanbul have again refused to allow demonstrations to take place in Taksim Square, the traditional location for 1 May demonstrations in the centre of the city. In addition to the denial of the right to peaceful assembly, protestors risk excessive police force, arbitrary detention and unfair prosecution.Amnesty International will send observers to demonstrations in Istanbul.

May Day 2015 looks set to follow a pattern of denial of the right to peaceful assembly leading to clashes between protestors and the police. In 2014 police used water cannon and tear gas against trade unionists, representatives of professional associations and civil society groups preparing to march towards Taksim Square. The central Taksim area was effectively closed off and 39,000 police officers and 50 water cannon trucks prevented access to the area. 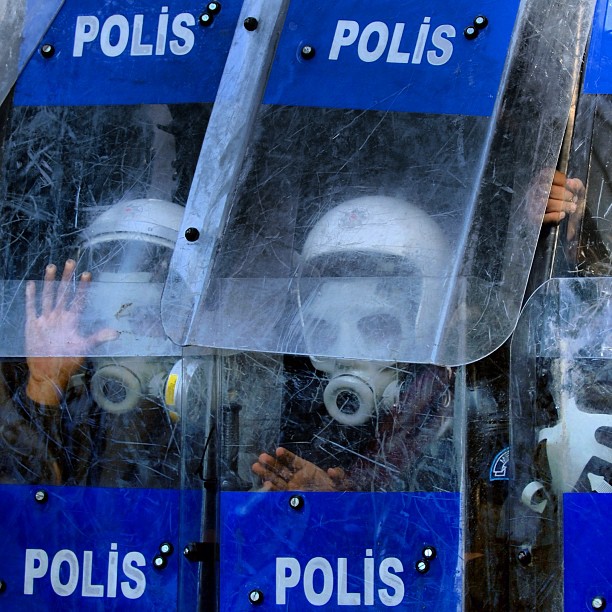 Police draw up their lines at the May Day protests, 2013 Photograph by Burak Kara. Used with Permission

Amnesty also expressed concern that the new security law would only exacerbate these abuses:

Despite the clear findings of the national courts and the European Court of Human Rights the authorities continue to deny the right to peaceful assembly and use violence against demonstrators. In March, the Parliament passed into law the “Domestic Security bill” containing further repressive provisions providing the police with powers to detain people at the scene of demonstrations for up to 24 hours without judicial oversight and vaguely worded provisions expanding the authority of police to use firearms in contradiction with international standards on the use of force by police. The provisions allow police to use firearms in situations where “individuals or groups attack or attempt to attack police or others, workplaces, homes, public buildings, schools, dormitories, places of worship, vehicles using Molotov cocktails, explosive, combustible, injurious… or similar weapons.”

Amnesty observers will be on the ground tomorrow.  The Turkish government may continue its war on freedom of expression.  But its abuses will not go unrecorded.