The frustrating road to justice in the Sarısülük case 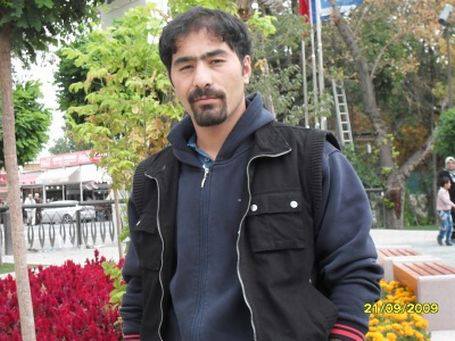 The case of Ethem Sarısülük, killed by a policeman’s bullet during the Gezi protests, has been one of on-going concern for Amnesty International.  Yesterday,  the trial had its fourth, inconclusive hearing and Amnesty was there to follow the case.As described in Amnesty’s landmark report on the Gezi crackdown:

The quest for justice in this case had a rocky start.  As I described in this blog in October, 2013, the investigation into his death was started haphazardly.  As Amnesty has noted, prosecutors only inspected the crime scene on June 7, a week after Sarısülük was shot.  Although “the identity of the police officer was never in question,” it would take another week before “the police officer was detained and a statement taken from him prior to his release on the same day.”  The  Sarısülük family has told Amnesty of harassment of both themselves and potential witnesses.  Protestors at court hearings have sometimes been met with tear gas and water cannon.

Hundreds of concerned citizens including many victims of police violence came to witness the session.  Hundreds of police were there as well.  Amnesty sent a number of observers to the trial and two live-tweeted the proceedings.

Just met M Dalsuren who lost his eye during protests in Ankara. Only 2 current trials means important for all Gezi victims #EthemSarısülük

The case is a vital one, both because it can bring justice for the victim’s family and because it is one of the few cases that has challenged the shield of impunity which protects police abuse in Turkey.

Despite all of this attention, however, the suspect himself did not attend.

In fact, the defendant has consistently failed to attend these hearings and  according to press accounts, a planned video interview was also scuttled.  While the court has ordered him to attend the next hearing, it refused a request to arrest him.  The Hurriyet Daily News writes:

Lawyer Murat Yılmaz argued that the court is “dallying” and avoiding Şahbaz’s testimony.

“This trial cannot continue like this. The suspect’s interrogation was not finished [in the last hearing on Dec. 2, 2013], it was cut in the middle,” he said. “Şahbaz should have been here today. The judge should answer why he was not brought here today.”

The next hearing is scheduled for May 26.  Amnesty will be there.  Let’s hope the defendant shows up as well.