A bit of good news

A follower of our facebook page sent us this bit of good news:  The BBC has reported that “Turkish prosecutors want a policeman to go to jail for three years for tear-gassing a protester who became known as the ‘woman in red.'”  According to the report:

[The policeman], Fatih Zengin is accused of using excessive force against Ceyda Sungur, who was standing a short distance away and not behaving aggressively…The prosecutors want Mr Zengin’s dismissal and a prison sentence on the grounds that no warning was issued prior to the incident. 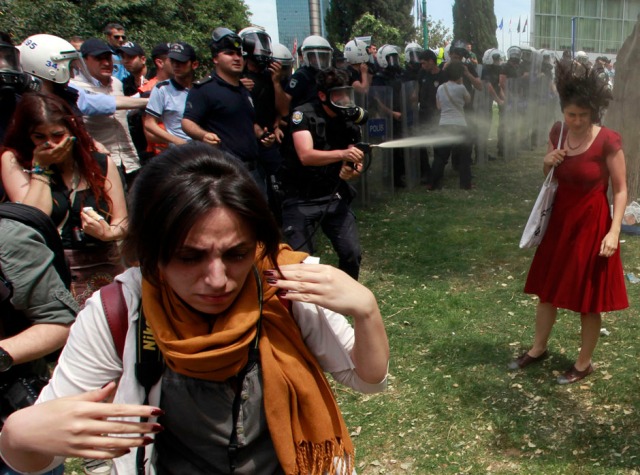