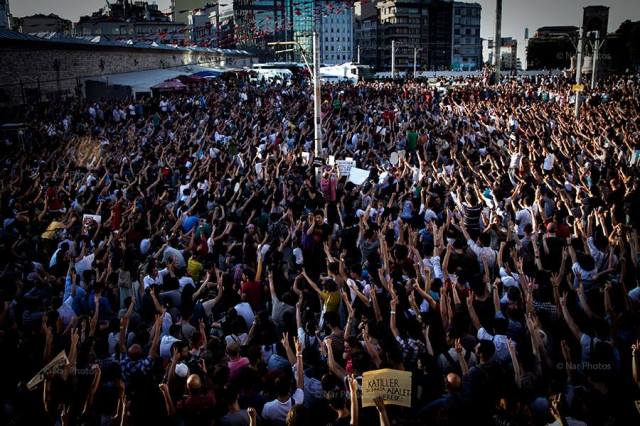 During the course of protests in Ankara on June 1, one of the protestors, Ethem Sarısülük was shot in the head; his doctors declared him brain dead a little more than a week later.

This week, the police officer accused of shooting him was brought before a judge who promptly released him pending trial, arguing that it was possible that the police officer was acting in self-defense.  Not long after, according to a report in Bianet, two individuals who gave testimony against the police officer have themselves been arrested (I have not been able to confirm this report).

There are good reasons to be concerned that justice will not be served in this case, not least of which is Turkey’s remarkably poor record of holding security forces accountable for their actions.

Investigations and prosecutions of public officials for alleged human rights violations remained flawed with little prospect of those responsible being brought to justice. Convicted officials frequently received suspended sentences and remained in post.

Amnesty International has issued a statement [available here in Turkish] calling for the investigation to be conducted in a swift, impartial, and independent manner, for the family and their lawyers to be kept apprised of the investigation, and for those responsible to be brought swiftly to trail.

As part of its broader campaign to protect freedom of expression and assembly and to end police violence and impunity, Amnesty has also initiated twitter messages on these issues.  Models for these can be found here and here.