In recent days, the Turkish government sent mixed signals regarding its response to the wave of protests that have swept the country.  On the one hand, Prime Minister Erdogan warned that “even patience has an end”; on the other, plans were implemented for him to meet with representatives of the Gezi Park protests. 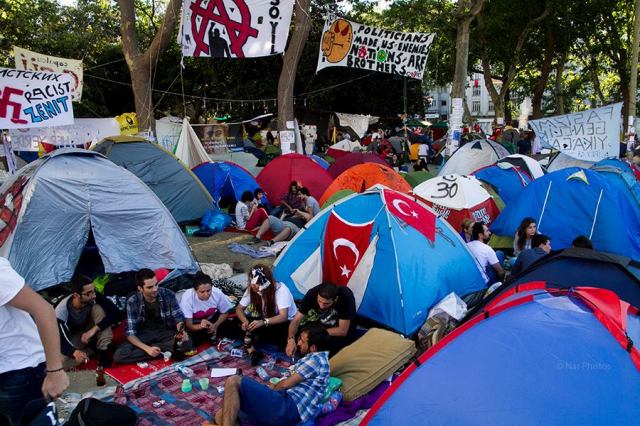 This morning, however, the direction of Turkish policy became clearer as riot police moved in force to retake Taksim square.  According to the BBC, Mr. Erdogan spoke before Parliament today to defend his approach.  “What did the protesters expect? That we would kneel down before them?”

Amnesty believes that the protests were peaceful and had the right to continue.  Statements from government officials that the raid was initiated in order to remove banners from a statue of Ataturk do not constitute a sufficient basis for limiting the right of individuals to assemble and protest.

Moreover, Turkish police have continued to use excessive force, including the use of water cannons and tear gas, against peaceful demonstrators (here was the scene earlier this week).  Following the police action, small groups threw molotov cocktails and stones, but these groups represent only a small minority in an otherwise peaceful protest.

Amnesty continues to urge the Turkish government to avoid the use of excessive force and to respect its citizens rights to assembly and freedom of expression.  We will have more information for you in the coming hours and days.  In the meantime, here is an update on actions you can take:

A television capture of today’s raid

1. Continue the petition campaign that we began last week.  Tens of thousands have already sent and it is clear that the Turkish government has felt the pressure of a global movement.  If you have signed it, ask friends, family, and co-workers to sign it.

2. Join the updated twitter campaign.  Here are some revised suggested tweets in light of todays events:

@RT_Erdogan Removing banners is not a legitimate reason to stop a peaceful assembly. Stop police intervention in #Taksim now! @aforgutu
.@RT_Erdogan Protests in #Taksim Square have been peaceful. Stop the use of tear gas and water cannons on peaceful protestors. @aforgutu