An update on the Emek Theatre Protests

At the beginning of the month, we reported on the protests at the forced closure of the Emek Theatre in Istanbul.  Amnesty quickly voiced its concern “at reports of police repeatedly beating and kicking protestors” and “[called] on the authorities to launch a prompt, independent and impartial investigation both into why the demonstrators were denied permission to proceed with their march and the excessive use of force by police officers.” 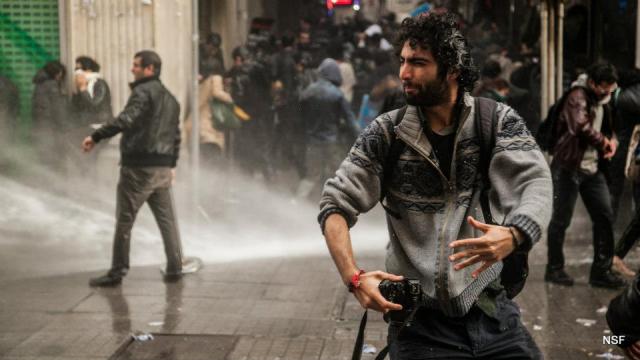 Since then, Turkish authorities have indeed initiated prosecutions… against four of the protestors, including Berke Göl, a noted film critic and a jury member of the Istanbul Film Festival.  According to a report from Bianet, the four could each be sentenced to up to six years in prison if convicted.

On the serious issue of reported abuse by security officials, however, Turkish authorities have taken no action at all.